For a primary forest

Our association was born out of serendipitous encounters in the summer of 2018 and the multiple connections established during the following months around the necessity of restoring a primary forest in Western Europe. Noting both the disappearance of the big tropical forests and the devastating damage done to Europe’s last remaining primary forest in Poland, Francis Hallé decided to turn his ideas into reality, notably through mobilizing strong citizen support.

On February 25 and 26, 2019, 13 people (1) gathered at the Sainte-Croix Monastery in the Drôme department in France to share their ideas. Scientists, naturalists, artists, wildlife filmmakers and photographers, ordinary citizens, they decided to establish “The Francis Hallé Association for the Primary Forest”.

This association has several goals

To contribute to the preservation, knowledge, development and rebirth of the world’s primary forests wherever human activity has caused them to disappear

To promote – on a national and international level – the recognition of this essential resource that supports biodiversity and a balanced development of life on our planet, including human life

To create all the necessary conditions to transmit new natural, restored and perennial commons to future generations, on a multi-secular scale

To as much as possible promote, in agreement with all concerned parties, all forms of experimentation and expression (be they scientific, legal, economic, social or artistic) conducive to the achievement of these objectives, to the celebration of primary forests and to the diffusion of their importance and beauty to the general public.

Our project to restore a primary forest in Western Europe falls within this general framework. The association is the institutional and logistical support for all activity related to the project’s realization. Obviously, at this stage, it is not intended to provide legal, financial or organizational support for the forest area itself. Only once the project has been launched will it be time to develop the most appropriate tools.

Today, the association is recognized as being of general public and environmental interest.

Requests for information, membership (over 130 members to date since we started less than two years ago) and collaboration have come from all over France, but also from Belgium, Switzerland and Italy. Today, the project has solid foundations to build upon thanks to the creation of working groups, the support of specialized partners (accounting, international legal advice) and the implementation of communication and facilitation? tools.

A series of initiatives have generated a lot of enthusiasm for the project, not only from nature and environmental specialists, but also from French and European institutions and the general public.

At the UN summit on biodiversity held on September 23, 2019 in New York, Francis Hallé addressed Secretary General Antonio Guterres and French President Emmanuel Macron. He stressed the need for a fundamental shift in thinking and action with regard to forests and made a number of concrete proposals to this end.

The columns, interviews, articles in the press and specialized journals such as La Garance Voyageuse and Le Courrier de la Nature, gatherings (La Médicée, the Forest Convention at the Sheepfold of Villarceaux, The Ménigoute International Ornithological Film Festival), drawing, painting and sculpture exhibitions organized by partner association The Forest Art Project of which Francis Hallé is Honorary President, have all created a real dynamic around the idea of restoring a primary forest in Europe.

The Board of Directors

The founding General Assembly elected a Board of Directors that is today composed up of Francis Hallé.

Doctor, artist. Participated in the making of the movie Il était une forêt (Once Upon A Forest) alongside Francis Hallé.

Director of ASPAS, member of the Executive Committee of the Fondation Nature & Découvertes (Nature & Exploration Foundation) 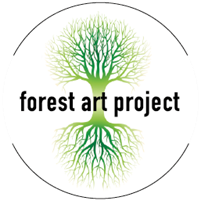 Forest Art Project is a partner of The Francis Hallé Association for a Primary Forest. Together we are leading the same fight – each in our respective fields – in support of the world’s forests. Francis Hallé is its honorary president.

FAP’s mission is to raise awareness of the future of the world’s great forests through the arts and science. It brings together scientists and artists who rejoice in the “femininity of life.”

Our work must be taken for what it is, in the words of Francis Hallé: “a manifestation of optimism and an act of resistance.”

Keep up to date with exhibitions, conferences and debates by visiting the official website:

Reforest’Action is a certified B Corporation specialized in forestry. Its mission is to preserve and strengthen forests in France and around the world by selecting forestry projects, supporting them and ensuring their quality in order to develop their long-term multi-functionality.

La Fondation Lemarchand (The Lemarchand Foundation) supports associative projects that promote the respect, preservation and sustainable use of nature through three priority themes in 2020-2021: balanced and diverse forests, the human-animal relationship and nature as a source of integration for refugees.

We are members of 1% for the Planet, a global coalition of philanthropists and registered charities working together for a healthy planet. 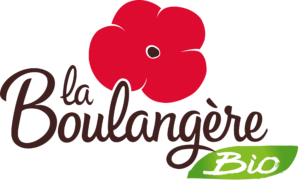 La Boulangère Bio, a pioneer in organic breads and pastries, donates 1% of its turnover each year to projects working for more responsible agriculture, the protection of biodiversity and the preservation of water resources.

By supporting Francis Hallé’s association, you are taking concrete action for the rebirth of a primary forest in Western Europe

As a botanist, I have been conducting research on tropical trees and forests for a long time […]

Primary forests first appeared on our planet in the Devonian Period, 380 million years ago. They were very tall, magnificent and abundant with animal and plant life.

These immense forests have covered the planet for hundreds of millions of years.